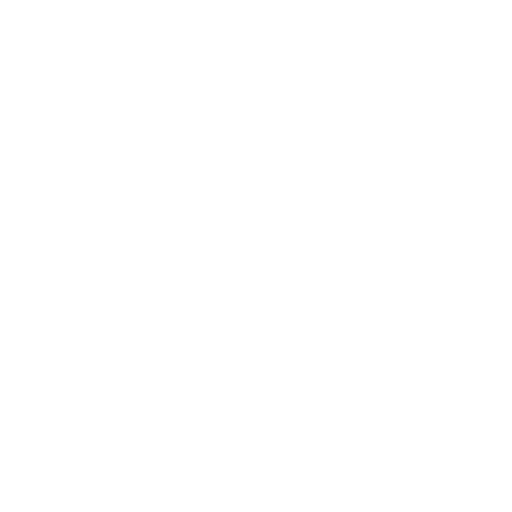 In this guide we provide some suggestions for improving the visuals of your betta aquarium. We’ll cover 5 tips that we feel aren’t widely known by hobbyists. For a more detailed look, you may like to see the decorations page of our website.

By no means should this guide be used as a single point of reference. It should be used as a starting point for improving your aquarium. It’s always best to do a substantial amount of research before taking further action when it comes to your betta’s living conditions.

The tips mentioned in this guide aren’t a necessity for betta keeping, but rather a few suggestions as to how an aquarium can be made more enjoyable for both keeper and fish.

If you wish to know about betta keeping requirements, please visit our website and view our [Betta Keeping Requirements list].

We hope this guide can give you some good ideas for improving your aquarium. We’d love to hear about anything you have created, so be sure to leave a comment on the site or send us a photo of your setup.

In the wild bettas spend most of their time ‘undercover’,concealing themselves under floating debris or overhang plants. This is because it helps them to feel more secure and hidden from potential predators. It’s also because male bettas build bubble nests. They blow thick bubbles that sit on the surface of the water, anchored to something stationary. The female will then lay her eggs in the thick bubble nest and the male will guard it until the fry are old enough to leave. Male bettas have been known to practice their bubble nest blowing in an aquarium, even without a female present. They will often use the corner of an aquarium as an anchor, but will almost certainly use a floating decoration as instead if one is present. 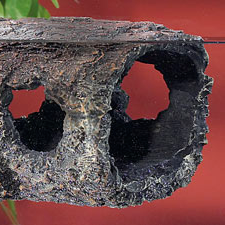 Here’s an interesting fact: Indian almond leaves can be floated on the surface of an aquarium to mimic the natural habitat of a betta fish, as shown in the photo to the left. This technique is sometimes utilised when attempting to breed bettas.

Now, this is something that's usually done by passionate enthusiasts, but it’s a cheap and easy way to spruce up your aquarium. Over time the leaves WILL sink (usually after 3-4 weeks) and decay, in which case they will need to be removed. But for the duration that they’re floating they give a great visual effect, and can give a nice, natural brown bleached hue to the water. Furthermore, your betta will really appreciate the addition to its habitat. 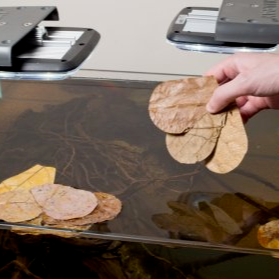 Many betta keepers end up buying submersible aquarium plants, which are a great addition to an aquarium. Not only do they enhance its look, but also help to oxygenate and filter the water. Plant leaves are a great place for a betta to relax and rest, but it’s still easy to forget floating plants when considering aquarium decorations.

Whether it be real or fake, a floating plant can be a great way to make your aquarium look unique and to keep your fish happy. Bettas love to snoop about a plant — either floating or submerged — which helps to keep them stimulated and helps to keep their stress levels down. 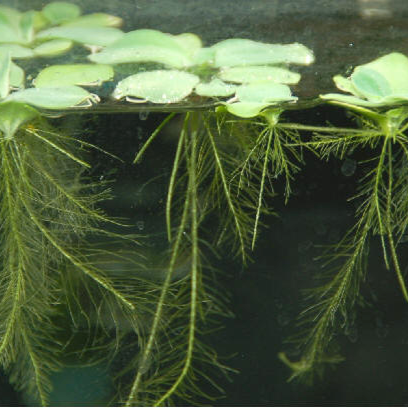 Floating plants are a lot more efficient at filtering and oxygenating aquarium water compared to most submergible plants. They’re also great shelter for a betta fish. As mentioned about floating decor, in the wild betta fish would typically shelter under surface debris to feel secure and safe from predators. A floating plant would be a great way to make your fish feel less stressed and more comfortable. Similarly, they’re a great place for your fish to build a bubble nest! 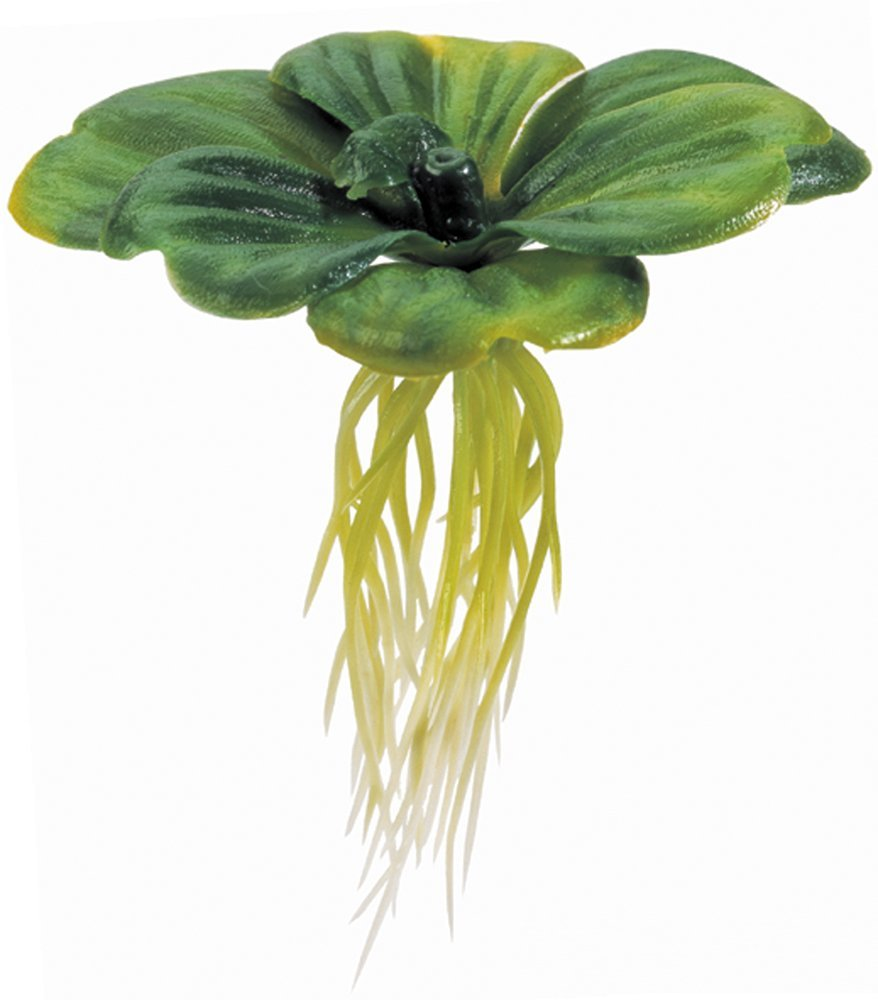 The colour of substrate you choose can actually affect how vibrant your betta looks. Some colours reflect more light than others, so when your aquarium light hits the surface of the gravel, a percentage of it can bounce back and hit your fish. For example, white epoxy gravel can really make a fish glow, whereas a black matte gravel - not so much. Now, this won’t necessarily change the appearance of your fish dramatically - it’s not going to take any colour away - but can certainly change the visuality of the fish in the aquarium. It does also depend on the colour of your fish. Bettas come in a HUGE range of colours, this may not apply to every fish. For example, white gravel may make a black betta look bolder, but white gravel on a white betta may not work as well. Still, it’s a fun and easy way to experiment with your aquarium. 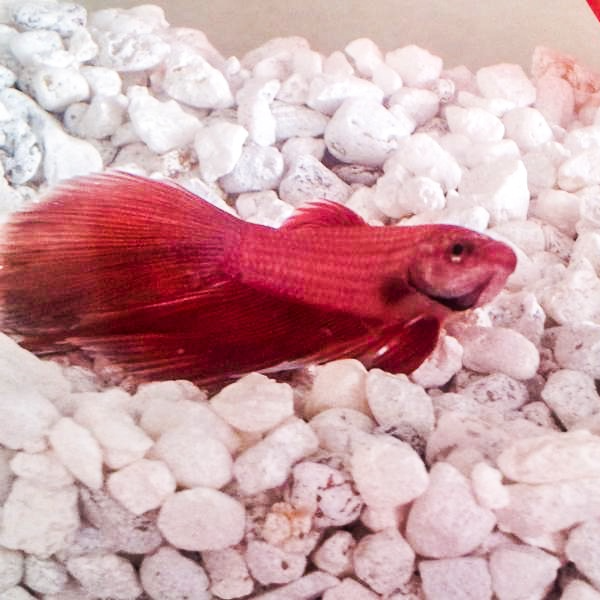 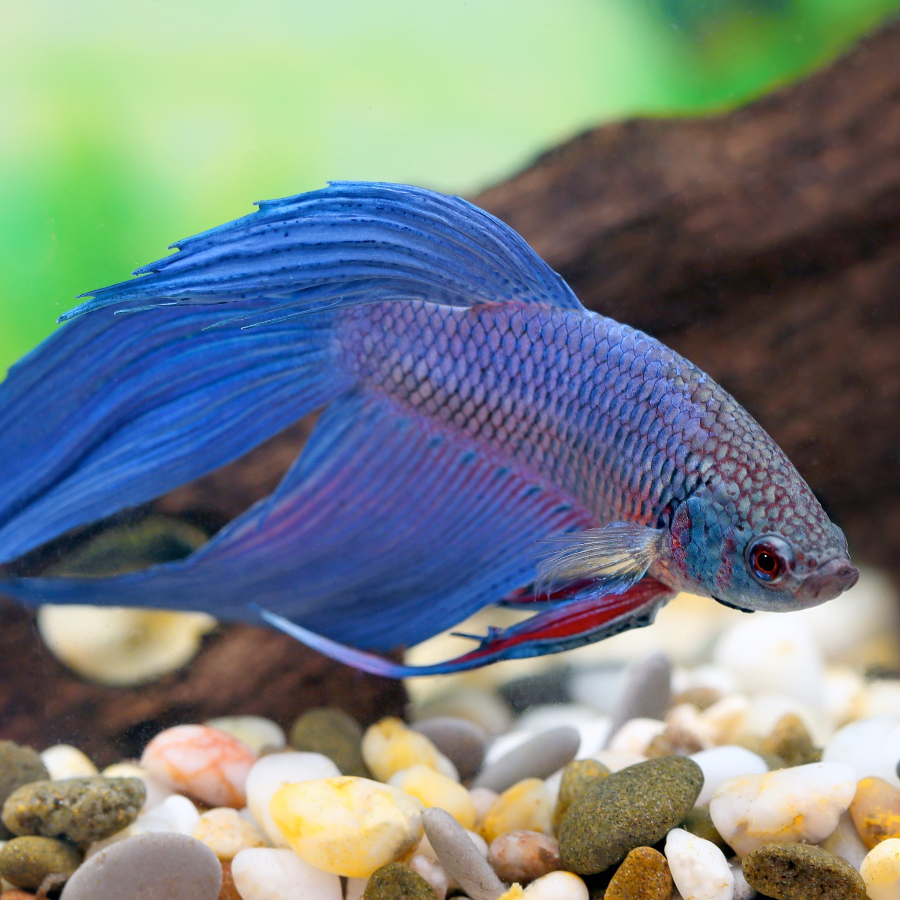 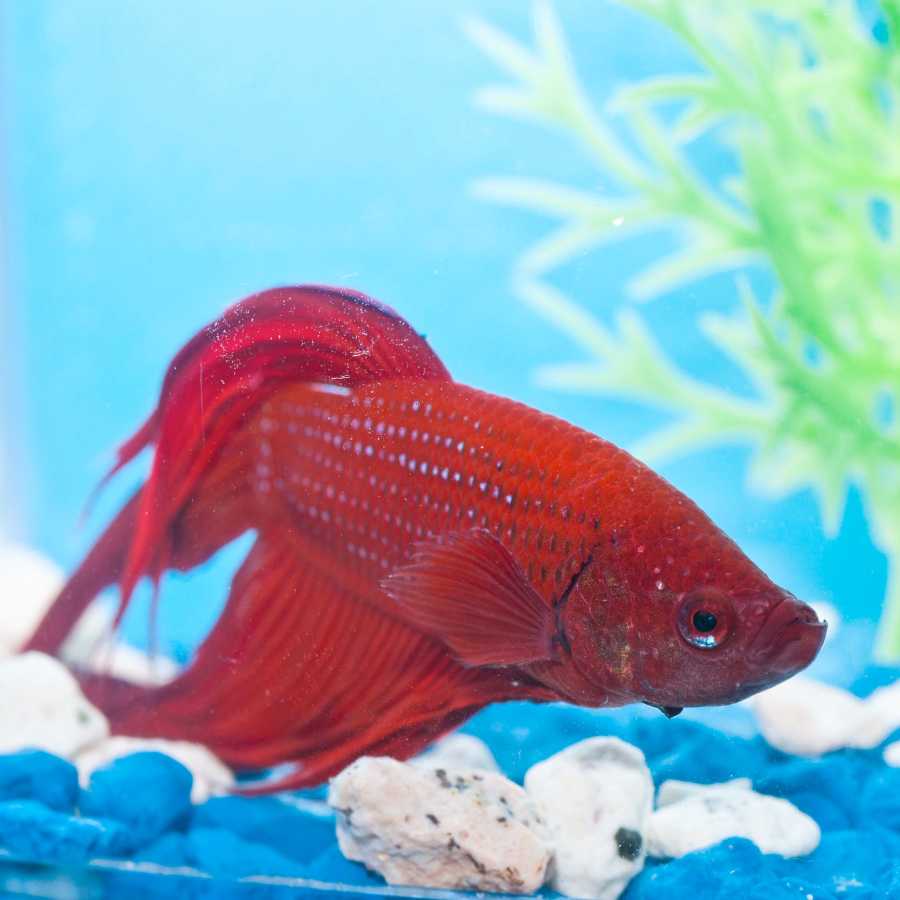 Another feature that can enhance your aquarium is lighting, which can be used to make an aquarium look more natural or unique. It can also make the flicker of a betta’s scales more visual. If you want to get fancy, you can get lighting units that increase and decrease in brightness throughout the day, mimicking the morning, daytime and evening light. And if you really want to go all out, you can even get lights to mimic moonlight and thunderstorms. Most ‘complete aquariums’ come with a moon light setting which enables you to switch from daytime light to nighttime light. If you don’t have even a basic light above your aquarium you are definitely missing out. A light will make your aquarium burst with colour and your betta will look so much more vibrant as a result, especially near the surface of the water 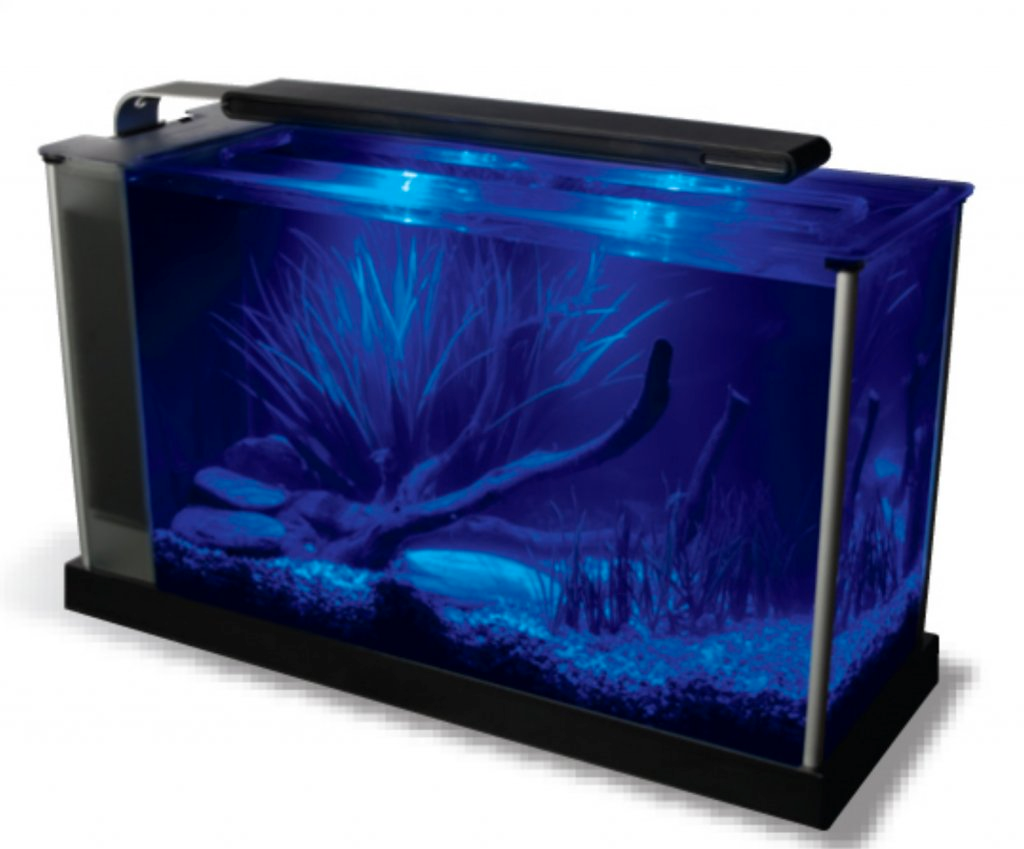 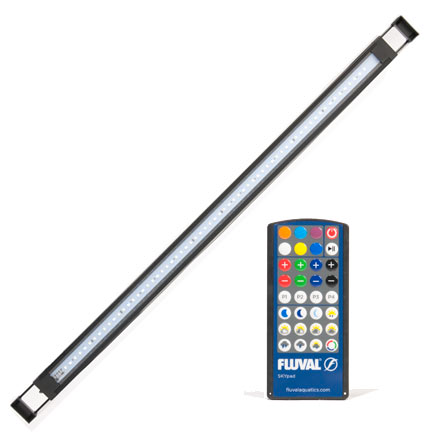 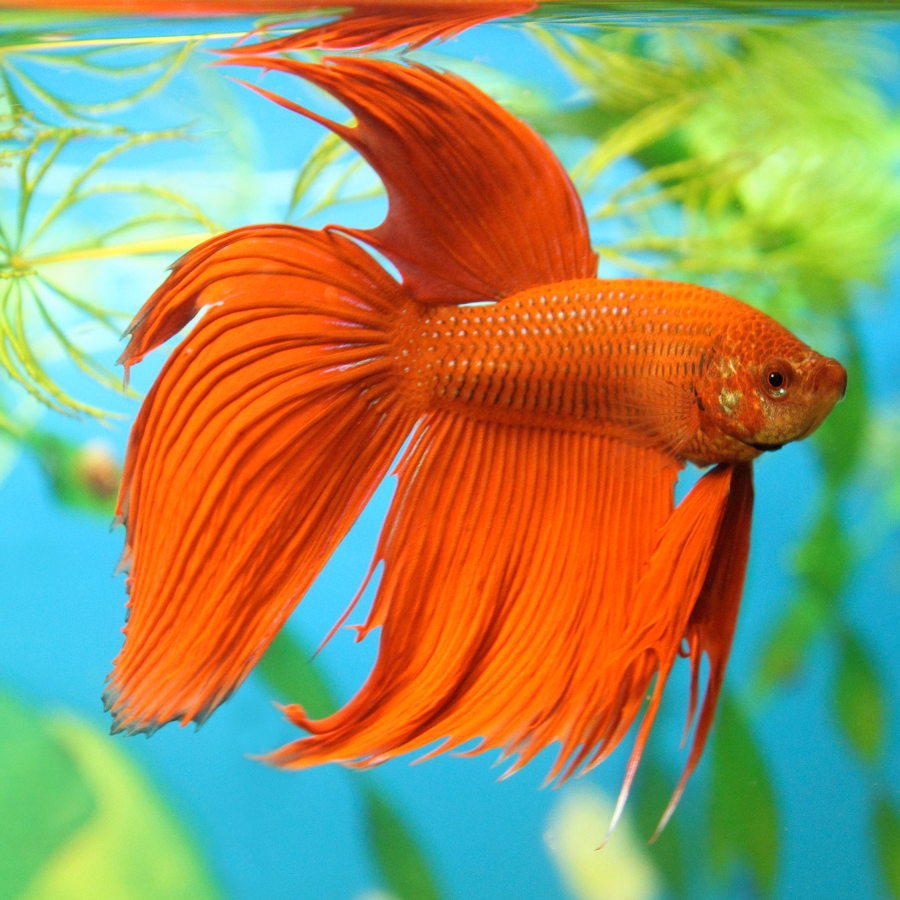 Bettas are hunters, they love to chase about and get a little bit of exercise now and then. The food that we as keepers provide them won’t necessarily provide this experience, so if they chase bubbles from an aerator, it’s helping to simulate a bit of physical exertion.There are various types of decor that you can attach to an aerator line to produce bubbles. Be careful, though; some will create a constant stream, rather than a ‘now and again bubble up’ as described below. 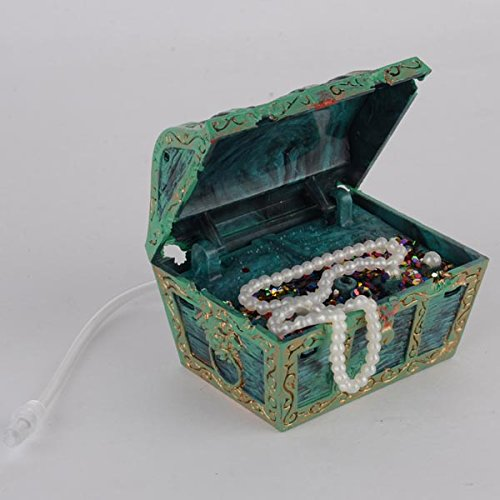 A slow bubbling aerator can create a burst of excite ment for your betta. Admittedly, you don’t see this kind of decoration in many oriental aquariums any more, but it can add an appealing bit of animation to a hobby aquarium.

You’ve probably seen these things before; air is pumped slowly into the ornament via a tube. The air builds up in a compartment in the ornament, until eventually it forces its way out as a bubble. The bubble release can occur sporadically, popping out of the ornament every so often and surprising your betta. The movement of the bubble rushing to the surface may make your betta spring into action if it sees it as potential prey! 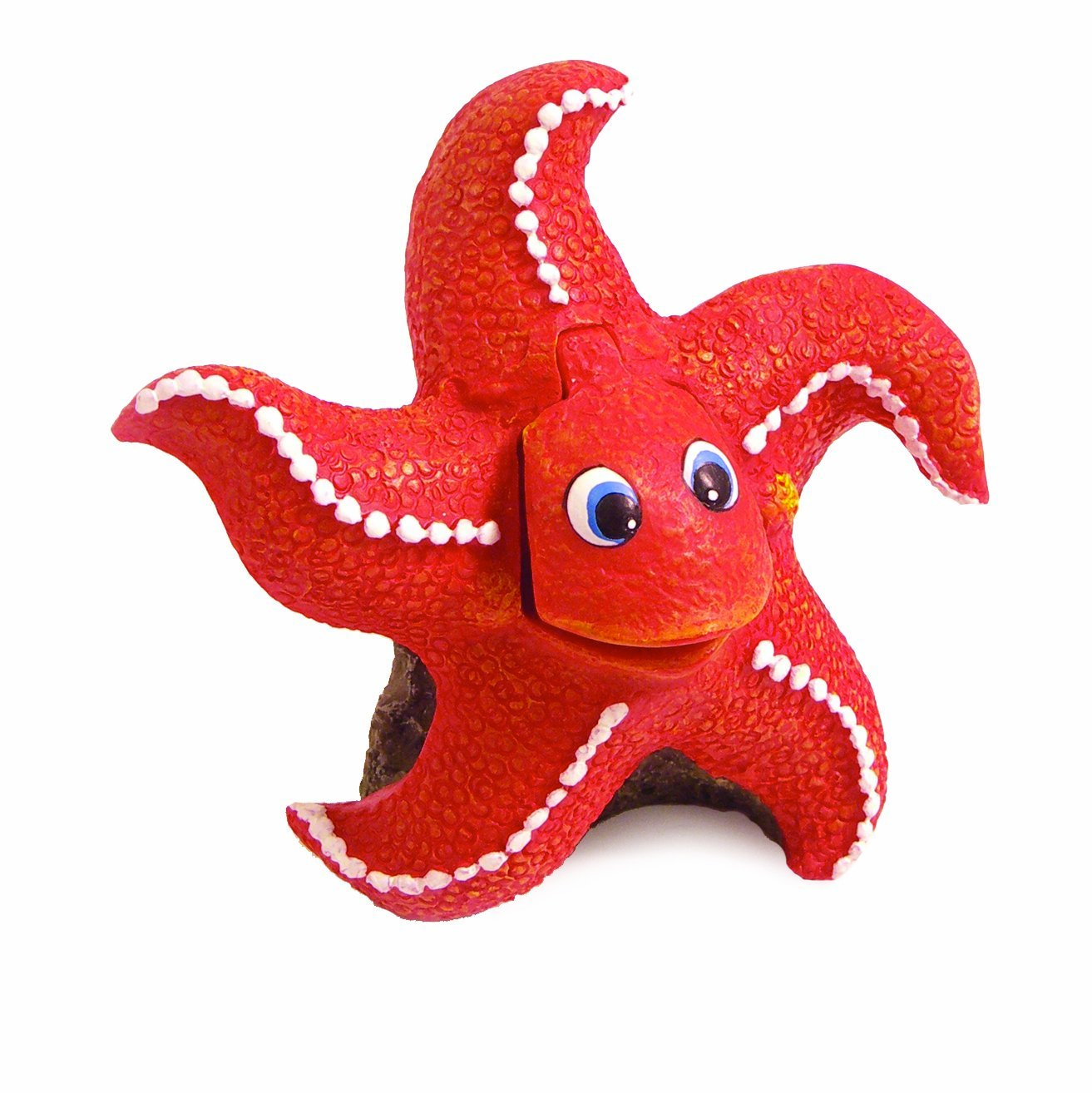